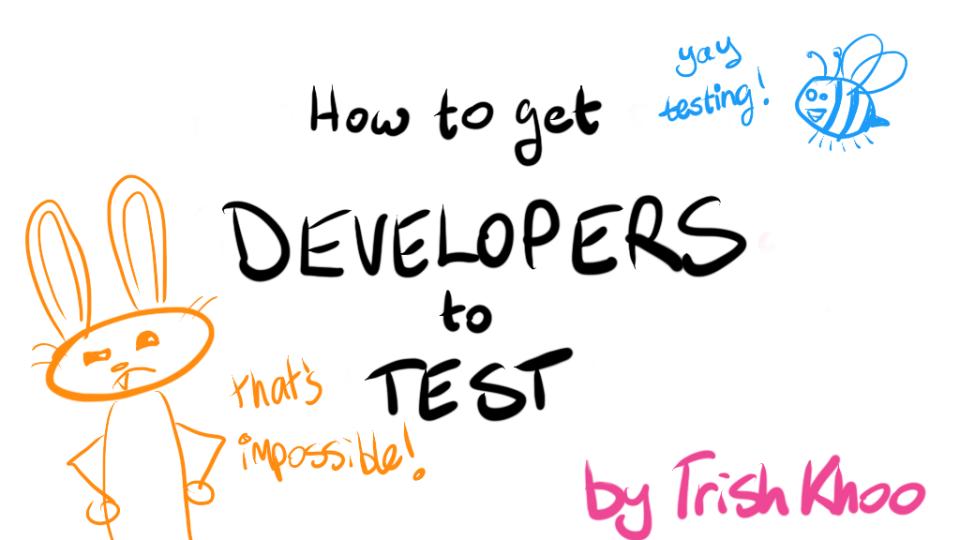 This is a talk I gave to kick off the new Quality Engineering Meetup in Sydney. I thought it would be fun to draw some cartoon characters for my slides. I drew a bunny and a bee.

Cute, right? Well I’m at the point in my speaking career where I’m getting kind of bored saying the same things again and again so I decided to spice things up a bit. So the presentation took a rather dark turn about halfway through.

This was met with mixed responses – some people thought it was funny, some people looked a little taken aback. This didn’t really improve as I spent the next few slides in awkward silence while the bee was taken away in a bodybag.

During the questions at the end, someone asked me if the bee character was a metaphor for testers – as if I was killing them all off with my brutal approach to software development. I can assure you, that wasn’t intentional. I may be against testing as a siloed role but I draw the line at murder. Actually I draw the line quite a few paces before that but you get the idea.

I learned a few things from this presentation:

One friend requested a commemorative t-shirt and I obliged. You can buy it here.