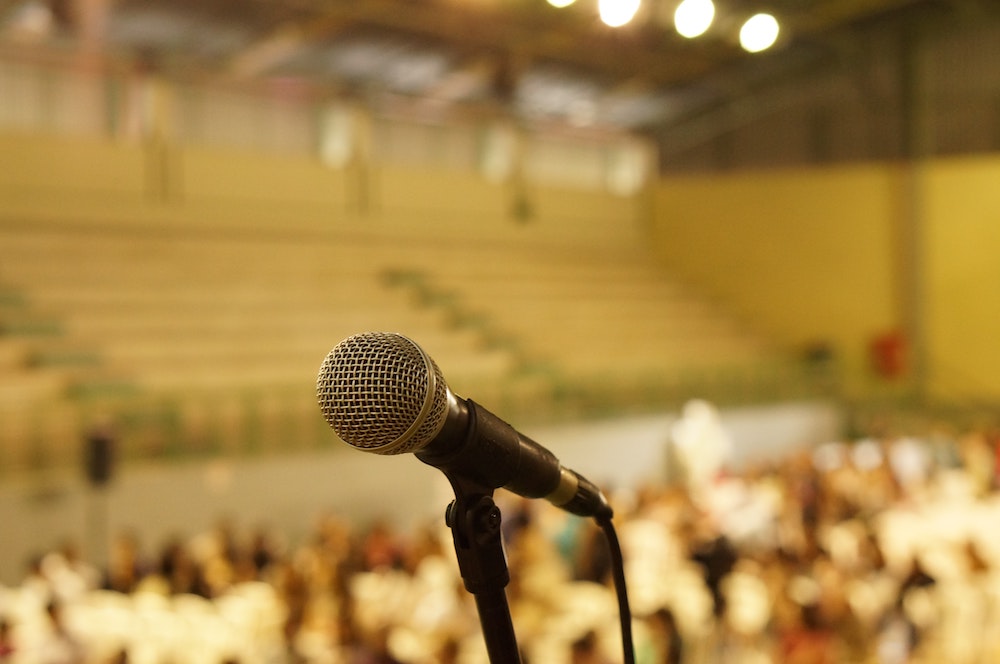 Recently I started singing lessons again with a new teacher, after a couple of years’ hiatus. I love singing – I’ve been doing it for as long as I can remember, and started taking professional lessons on and off about 15 years ago. I’ve always wanted to get into performing but haven’t had the know-how or the confidence.

Some of you might be surprised that a keynote speaker lacks the confidence to perform! But singing is a very personal, vulnerable thing for me. I’ve happily belted out some karaoke tunes now and again with my friends, but singing to an audience gives me the heebie-jeebies. I don’t feel like I’m quite ready yet.

My new teacher has been coaching me with some really interesting advice on performing. She noticed that when I sing in my lesson, I’m not really singing to her. I’m just singing to myself and she is looking in. She told me to think about it like I’m communicating with her, giving her a message. She even got me to say the words of the song to her, as if I really mean them. It was a really useful exercise and gave me a lot to think about.

She said it was about letting my voice be heard, and that I’d get better when I practice singing in front of other people. I live alone, so this is hard. But I tried to imagine that there was somebody there in front of me that I was singing to. And wow, what a difference! I didn’t care about hitting the notes perfectly anymore and I was just focused on delivering my message. It felt, and sounded, so much more authentic and powerful. I felt like my voice was leaving my body and going somewhere else. I felt like I was allowed to be heard.

An interesting thing is that even though I let go of thinking about my technique, I found it much easier to hit the more difficult notes because I wasn’t fixated on getting it exactly right.

It really reminded me of how I got better at public speaking. Like my singing, I was once very nervous about public speaking and it took me a long time to get better at it. One of the things which was revolutionary for me was realising that I am delivering a message to my audience, and that I have the right to be heard. Sometimes I thought to myself, this is my chance to talk for 40 minutes and nobody is allowed to interrupt me. That’s very powerful.

I used to worry about forgetting all of the things I was going to say in my talk, and practiced again and again to memorise every word so I wouldn’t get it wrong. But when I started thinking about the message I was giving my audience, and telling them my message, getting the words exactly right wasn’t important anymore. I know what my message is, and I know how to talk to people, so as long as I remember my message it’s not so hard. In fact, these days I don’t spend nearly as much time on rehearsal. I just put together the outline of what I’m going to say, and when I practice I make sure that the narrative hits those points in the right order. The words can change a lot each time I give the talk, but the message is the same so it doesn’t matter so much.

The reason I love public speaking so much now is because it gives me an opportunity to take the stage and be heard. I’m looking forward to doing the same with my singing.

Photo by Kane Reinholdtsen on Unsplash